Owen Sound Sun Times “tries” to redefine its view on what kind of politician we need.

I have known Jim Algie for over 25 years. He is a man with a great ability to write about pressing issues important for the public and interesting issues which often sparked debates amongst us farmers. 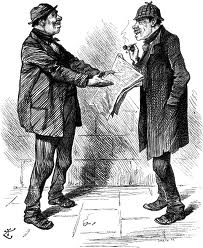 I never was able to figure out where he stood personally or if he in fact has the ability to have a real passion for certain news subjects.

Not only once did I shake my head about his view. At the end I thought; he is just a reporter, a committed one who writes because that is his job. No hard feelings between him and me, but the question remained with me for many years; does he really get it what is going on or does he just write about it without getting it?

Let’s look at the first item which is the letter from Vernon Elliott:

He certainly does not understand the culture of politics. His understanding of dignity apparently is limited and personally twisted. Bill Walker’s speech and promotional material did not contain anything about his political history or employment. I would say that itself has a  great potential of misleading people about where he comes from and where he stands. Nothing wrong with changing colors, but hiding your colors has nothing to do with dignity.

Calling a spade a spade has nothing to do with undermining another candidate unless somebody is spreading lies and rumors. Too many candidates enter politics trying to appear clean and slick without revealing their own identity. Walker certainly is not walking the talk (as he promoted himself ) in that respect.

I received many letters of people who expressed their frustration how the Walker camp in complete disrespect started making noise in the back after Walker was finished so that the other candidates could not be heard during their speeches.  I also had longtime PC supporters come to me who expressed their frustration what had happened at the nomination meeting. One said; I did not come to the nomination meeting to be yelled at for 10 minutes by Walker.

There was lots of frustration amongst old PC members after they realized that Walker who has been a liberal had bought himself the nomination.

“Integrity matters”, is the last line from Verna Elliott.

I do agree with him. But that is exactly what Walker did not displayed so far; will see if that changes in the future.

Read the whole letter as published by the Sun Times:

When will they ever learn?

One of the major causes of voter apathy, in my opinion, is negative campaigning.

In the recent Bruce-Grey- Owen Sound Ontario Conservative Party candidate election I was appalled and disappointed to hear two of the candidates use their precious speaking time to attempt to undermine one of their opponents. Thank you both for exposing your lack of good judgement and good character. It made my voting decision much easier.

Kudos to Bill Walker and Dan Sullivan for each maintaining a positive, dignified message. In my decades of residing in this constituency we have had some remarkable representatives at all levels of government. Thank you Bill Murdoch for your years of service.

The number one attribute of our best representatives has been integrity and a willingness to work hard for this area. Party affiliation has been secondary as I believe it should be.

Congratulations Bill Walker for winning the nomination and demonstrating your integrity.

Here is one interesting excerpt:

It may be that the PCs’ new candidate has organizational talents and cooperative skills that would better serve the people of Bruce-Grey-Owen Sound than contention. Walker’s career in fundraising for area hospitals and in public relations for the Bruce Power utility suggests someone more inclined to co-operation than contention.

…… Walker rejected “bashing bureaucrats” as a sensible strategy for political accomplishment and described himself as “a team player who is committed to the riding.” That may be a hint Walker will seek to distinguish himself from at least some of the Murdoch legacy.

Considering the two quotes above I question Jim Algies conclusion. It would be much more interesting and worthy of a political reporter to explore the dangers of Bruce Power influencing the political process as we are experiencing already.

According to a close source; the goal of Bruce Power is, to have supporters in every level of Government. This is no conspiracy this is normal for powerful corporations like Bruce Power

Nevertheless that should raise some flags.

The other issue of “not bashing bureaucrats …..” should be more of a concern than a blessing .

Who will have the guts to stand up against bureaucrats? Did Walker not listen to Bill Murdoch or to many concerned politicians who are talking about the fact that bureaucrats have already too much control?

We are indeed in trouble if we get a politician without the courage and an honest stand against more and more controls and regulations.

Jim Algie does not seem to get it or has lost any sense of what is really needed. Trading a yes-men for a maverick seems to be more favorable for Jim because of the benefits we will get if finally we have somebody who knows how to conform to the current political culture.

All along for many years I kept wondering where the Owen Sound Sun Times really stands in respect to investigative and critical reporting.

This is another loss of culture.

Not all is bad with Jim; he ends with an interesting comment;

It’s time we get a look at who else has an interest in succeeding Bill Murdoch.

Thanks Jim for this closing statement, I thought you had lost it.

Walker a different kind of candidate

In a nomination speech to about 1,000 members of the Progressive Conservative riding association for Bruce-Grey-Owen Sound recently, candidate Bill Walker said “I will not be intimidated by the Toronto crowd.”

It’s an easy bet Walker was thinking about Bill Murdoch who made his name in Ontario politics by rousting that nasty, old Toronto crowd. As a result of the PC’s recent convention, Walker will succeed Murdoch as the riding’s Tory candidate at the provincial election to be held next year at this time. The veteran MPP announced in July he’ll retire from provincial politics after 20 years in office. His party has wasted no time finding a candidate who seems to have watched Murdoch’s long string of electoral successes and will seek to apply suitable lessons to his own legislative campaign.

It’s important for electors to remember, however, that Bill Walker is no Bill Murdoch, just as Murdoch was no Eddie Sargent. Sargent was the long-serving Liberal MPP who represented the Bruce-Grey region successfully from the early 1960s to the late 1990s and the man which whom Murdoch is often compared.

Murdoch and Sargent both emerged from a background in municipal politics into long provincial careers as backbench MPs. Both seemed to spend as much time ragging on successive governments of their own parties as those of other political parties. They relied on their reputations as constituency men rather than party men. This was true even though both MPPs remained fierce loyalists despite occasional discipline from their party leaders and the refusal of successive leaders of either the PC or Liberal parties to offer much in the way of perquisites and promotion for their “maverick” members from Grey-Bruce.

There’s a price to be paid for taking on the establishment, although this region’s electors seem supportive of politicians willing to put constituents’ interests ahead of personal ambition or party solidarity. There are other ways to work government, however, other than resistance and rebellion, name-calling or the “unparliamentary language” for which both Murdoch and Sargent became famous.

It may be that the PCs’ new candidate has organizational talents and cooperative skills that would better serve the people of Bruce-Grey-Owen Sound than contention. Walker’s career in fundraising for area hospitals and in public relations for the Bruce Power utility suggests someone more inclined to co-operation than contention. Indeed, in at least one reported campaign appearance, Walker rejected “bashing bureaucrats” as a sensible strategy for political accomplishment and described himself as “a team player who is committed to the riding.” That may be a hint Walker will seek to distinguish himself from at least some of the Murdoch legacy.

The provincial election remains a year off. Other parties have yet to address in public the opportunities presented by Murdoch’s pending departure. As a result, Bill Walker and Tory activists seem free to refine their approach and set the electoral agenda.

Ontario law appoints a fixed election date which, barring unusual events, will be Oct. 6, 2011. The recent PC nomination shows one party is taking seriously the task of electoral politics in this region.

Perhaps Conservatives understand better than others that Murdoch’s departure represents as much a challenge for the next PC candidate as it does an opportunity. Murdoch showed powerful instincts for political survival. His support may have been as much personal as party affiliation.

Tories in the riding have started work on electing Murdoch’s successor. It’s time we get a look at who else has an interest in succeeding Bill Murdoch.

This entry was posted in Uncategorized. Bookmark the permalink.

1 Response to Owen Sound Sun Times “tries” to redefine its view on what kind of politician we need.