Back to Court in Ontario

Thursday we will be back in court. This time here in Ontario to argue a motion to expand our arguments in the upcoming appeal-hearing regarding JP Paul Kowarsky’s  raw milk ruling. The Government of Ontario aka Dairy Farmers of Ontario, aka other disgruntled bureaucrats, who did not get their way, aka the local health unit in Owen Sound with an obsessed Medical Officer of Health trying to spend lots of tax money on trying to overturn this ruling. Hailed by the Food Freedom Movement as milestone in North America this ruling was one of the rare occasions where we all celebrated that justice is possible.

No doubt it send shock waves across the country shaking up the offices of regulators because suddenly it became clear that there is a limitation how far the jurisdiction of the state goes. 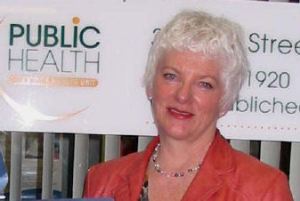 I once met Hazel Lynn our chief medical officer of health in a coffee shop in Owen Sound and described her  my experience in California and in Europe where I was able to go into grocery stores to buy raw milk she snapped back at me and said:

Thanks to Hazel for her honesty. She is a lovely lady, sometimes very uptight but cultured and certainly appears to think she is worth the over 300 000 thousand dollars she is earning managing the 16 year old battle about raw milk in Ontario amongst other things. Her predecessor Murray McQuigge had the same qualifications but has not earned the best reputation to be honest. In fact he was caught bending the truth in several occasions and accused me in an open letter to the Premier published in the Globe and Mail of apparently wanting to”’ legalize killing Canadians with raw milk””.

A passionate debate no doubt. At the same time it is also a strange debate considering the arbitrary declaration about the dangers of raw milk. At the same time we are allowed to continue to buy so many food items detrimental to our health. Let’s remember that the Listeriosis crisis and Walkerton with nearly 30 deaths unfolded all under the “watchful eye”” of our regulators and chief medical doctors.

Let’s return to the courts with joy and excitement. At least we can witness how our Government lawyers are doing their job to try to limit our fundamental freedoms.

Lets especially thankful that the Canadian Constitution Foundation has taken on this matter as a worthwhile cause in their mission to keep defending our constitutional rights.

If you want to meet once again some of the Government lawyers and follow the proceedings in this ongoing drama come and enjoy.

This entry was posted in Uncategorized. Bookmark the permalink.

1 Response to Back to Court in Ontario